After the tyre wear issues I decided it was time for a change of suspension setup. I’d never been particularly at ease with the Gaz Gold Pros since fitting, they felt great at Snetterton, but on the road they seemed to struggle to keep the rear of the car under control over bumps in the road. I started thinking about full suspension refreshes and high-end Nitrons.

A chat with Chris (Randy) at Hofmanns was illuminating however. He talked me through the weaknesses of the Gaz Gold Pros, but also away from replacing parts for the sake of it and down from spending a fortune on dampers – instead giving me a quote from Nitron Street Series, fitting and a geo, with a check over of the rest of the car and only replacing what was necessary.

I dropped the car off April 14th and planned to pick it up the following weekend, and asked them if they could check the white smoke on start up and slight coolant loss while they had the car as well, although since the cars head gasket had been done 18k miles ago I was sure it must just be an inlet manifold leaking or the likes….

Then came the call, and it wasn’t particularly good news…

The head gasket had blown, explaining the white smoke, and in doing so had pressurised the coolant system and caused a leak along a seam in the radiator, explaining the coolant loss. Worse yet the alloy rear uprights were badly corroded, along with one of the rear toe-links and a few other minor bits and pieces. The proposed bill was eye-watering. The cost of the uprights was particularly frustrating – once a sub-£150 part from Lotus these are now listed as £470+VAT on Deroure. Each!

I honestly wasn’t sure what to do. The quote was simply more than I could afford and I seriously considered just posting the car up for sale with a list of issues and a low price – I didn’t even want to look at it again. You budget for issues, but this was simply all of those worst case scenarios rolled in to one.

Some serious scrounging down the back of the sofa began, along with some pleading with the guys at Hofmanns, and we eventually came to a price that I could afford (just), with them keeping hold of the car and working on it during quieter periods to meet my budget. Thank god I hadn’t gone to town with the suspension spec as I’d first planned!

I’d love to say now that I’ve got it back I’ve been driving the wheels off it and it feels like a new car, but truth be told I’ve driven it home on the motorway and parked it up in the garage and not driven it since. I’m now in major cost saving mode to pay off the last of the bill so I’m waiting for fairer weather and another pay day before it really comes out to play, but I’ve been able to keep it…. Just.

I know what I’ve spent on it will look like madness, but I really couldn’t bear to let it go.

Big thanks to the guys at Hofmanns for doing what looks to be a fantastic job on the car and for helping come to a price we were both happy with, and to Flying Banana who very kindly donated me a pair of scrubbed front Kumho KU31’s to match the rears currently fitted to the car. 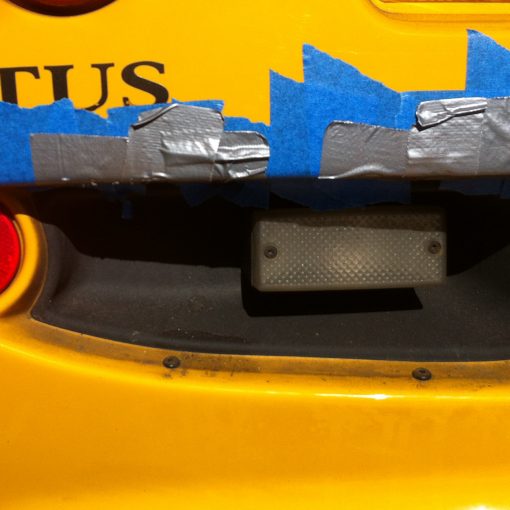 Since the weather has been crap lately decided to do a few bits and pieces to tidy things up on the car. […]