Problems with temperatures due to a hard to shift air-lock put me off using the Elise much last year, so decided to hell with it I’d get a PRRT kit fitted so that hopefully I’ve taken all the steps possible to stabilise temperatures and reduce the risk of another HGF in the future. At the same time I also wanted a post-winter check carried out ahead of a trip to Scotland in May and the boot-lid adjusted to stop it popping open over bumps.

Took the car back to Hofmann’s Motorsport in Henley-on-Thames as they agreed the air-lock seemed a little odd after the previous attempts to clear it and so they’d check that the head gasket had seated correctly and wasn’t introducing any air in to the system.

Checking the car over there were no issues with the head gasket, but they found the alternator casing had cracked and a ball joint had developed some play, so both of these were replaced, along with fitting the PRRT kit and adjusting the boot release. Yet more expense, but pleasingly now all is well with the car again in terms of water temperature so I can just get out there and enjoy it!

Afterwards also took the car to show a new SELOC member who was considering an S1 Elise round it and got a run out in his 981 Boxster S as well. Boxster was a lovely bit of kit but I have to say as a car for having fun in I didn’t feel worse off getting back in to the Elise afterwards. 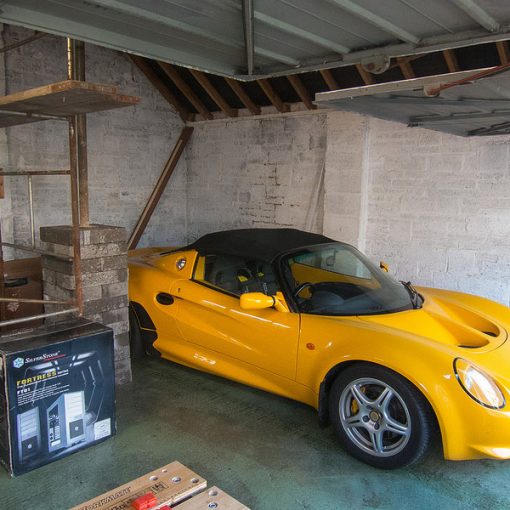 A service and MOT by D.S. Purcells. Passed MOT with no advisories but a couple minor items picked up on by Simon […]